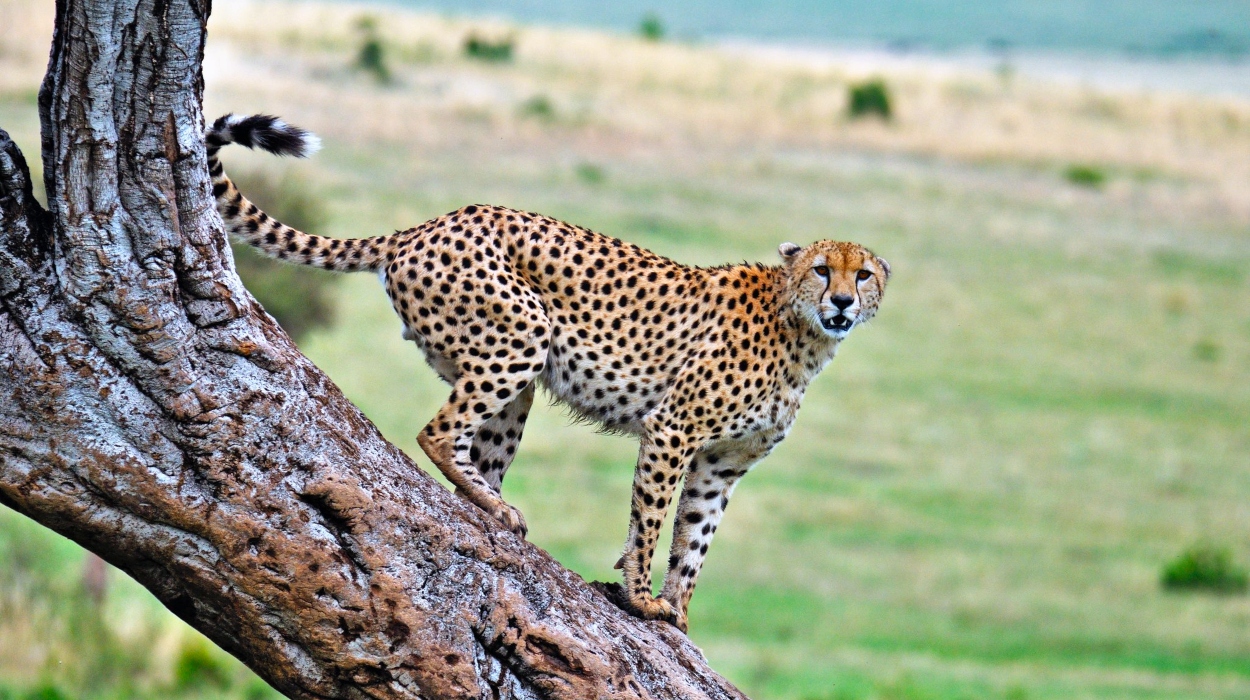 Out of all the Big Cats, Cheetah is one of the world’s most-recognizable cats, known especially for its speed. These beautiful, graceful cats have very flexible spines and when they are sprinting, their spines flex and straighten allowing their powerful hind legs to achieve longer, more effective strides making them capable of reaching speeds of 110 kilometres per hour (70 miles per hour). They are able to accelerate from 0 to 64 kilometres per hour (40 miles per hour) in just 3 strides. Their long tails (28 inches) act as rudders and allows the Cheetah to achieve extremely tight turns when pursuing agile prey. In Kenya, you can spot these magnificent creatures while on a wildlife safari in Masai Mara Game Reserve See Masai Mara Safari Packages or by visiting some of Kenya's National Parks and Reserves. Due to decline in numbers over the years, the Cheetah is now classed as a Critically Endangered Species by the IUCN. It is estimated that there are only between 10,000 and 12,000 cheetahs exist in the wild.

Cheetahs have a flexible and complex social structure. Adult females are solitary, while adult males are not. Adult females interact with adult males only long enough to breed, and females raise their cubs on their own. At 18 months, the mother leaves the cubs, who then form a sibling group that stays together for another six months. At about two years, the female siblings leave the group and become solitary, while the young males remain together for life in a group called a coalition. A coalition is usually made up of two to three littermates and is a very tightly bonded group. Cheetahs are territorial and they demarcate their territories with urine, faeces and sometime claw-raking.
Unlike most carnivores, cheetahs are primarily diurnal, hunting in the early morning and late afternoon. They usually prey on small antelopes such as Thomson’s gazelles and impalas, as well as the young of larger animals including warthog, kudu, hartebeest, oryx, roan and sable. They also eat game birds and small mammals like rabbits. 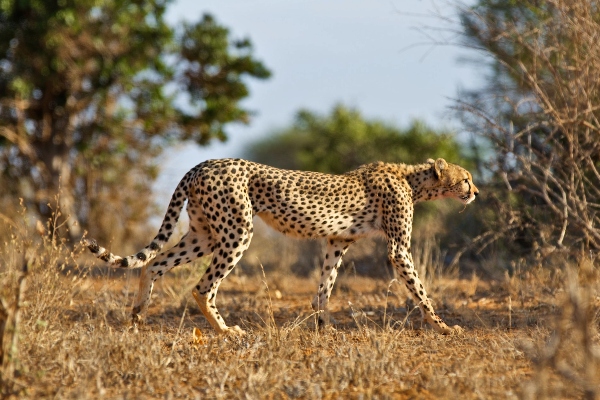 Sexual maturity occurs at 18 to 23 months. The gestation period is about three months, and the average litter size is three to six cubs. While there is no definitive breeding season, a majority of births occur during the wet season. At birth, cubs weigh about 250 to 300 grams. Their fur is dark and includes a thick yellowish gray mane along the back, a trait that presumably offers better camouflage and increased protection from high temperatures during the day and low temperatures at night during the first few months of life. Mortality among young cubs can be as high as 90 percent in the wild, often because of other predators. At six weeks, the young are strong enough to follow the hunt and when they are about six months old the mother will capture live prey for them to practice killing. The average lifespan of wild cheetahs is 8 to 10 years. In human care, the average lifespan is 12 to 15 years. 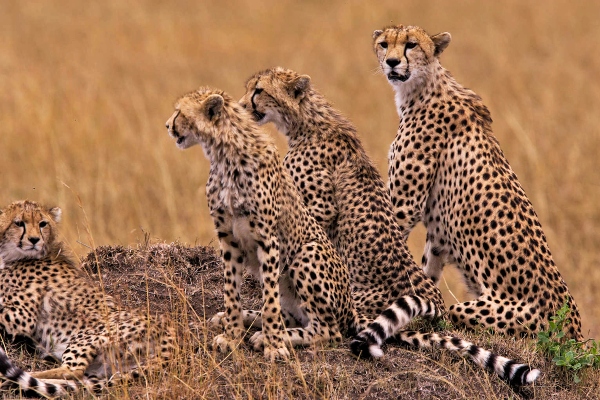 An adult cheetah weighs 75 to 140 pounds (34 to 64 kilograms), is about 30 inches (77 centimeters) tall at the shoulder and 44 to 56 inches (112 to 142 centimeters) long with another 26 to 33 inches (66 to 84 centimeters) in tail length. Males are slightly larger than females. Cheetahs are sometimes confused with leopards - but they can be identified by distinctive black stripes on their faces. The black lines down their faces and under their eyes act like anti-glare devices when they are sprinting. 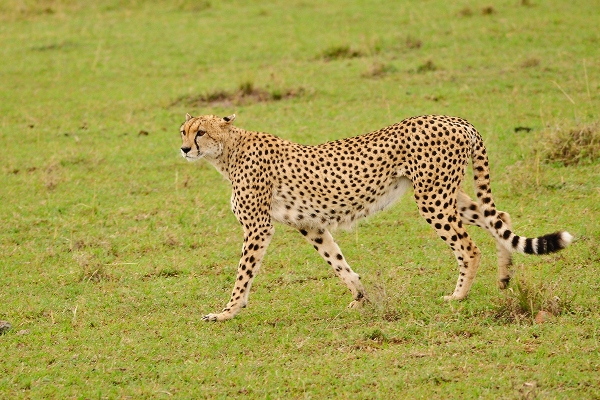 A cheetah cannot roar like other big cats, however, its vocalizations include purring, chirping, growling and hissing.