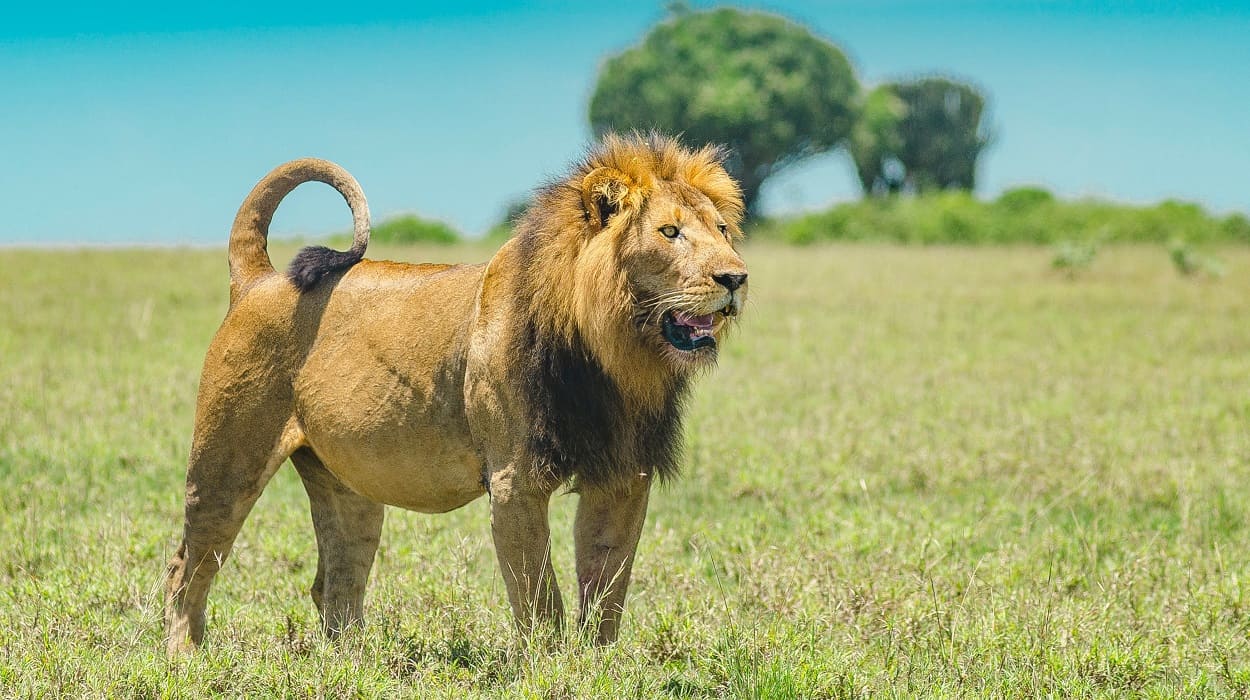 Out of all cats in Masai Mara, the Lion is the only cat that arouses much awe and admiration. It is the largest of Africa's big cats, and is commonly reffered as the "King of the Jungle". In Kenya, you can spot these sublime creatures while on a wildlife safari in Masai Mara Game Reserves or by visiting one of Kenya's National Parks and Reserves. It is estimated that there are close to 850 to 900 Lions in the Masai Mara National Reserve and surrounding conservancies.

Lions are the most sociable member of the cat family. They live in prides of 15 to 20 members, with up to three males, several adult females (one dominant), and a number of sub-adults and cubs. Typically males may hold territory of between 20-400 square kms. Within which may be several prides of females. In the Maasai Mara, females do most of the hunting, helped by males in taking down large animals. They here favour wildebeest and zebra, but outside of the annual ‘migration’, they have often been seen taking other prey even buffalo and warthogs. Because of their high metabolism they sleep about 20 hours a day, and kills are often made at night. 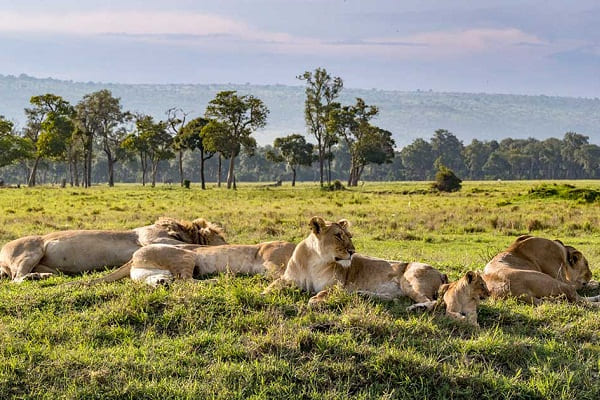 The females estrus cycle lasts about 4 days, copulations average 20 seconds and only 1 in 5 cycles ever produces upto on average 3 cubs (after 3 and a half month gestation). Male cubs are ousted from the pride between 2-3 and a half years old whereas female cubs may stay indefinitely. The cubs are weaned between 7-8 months old and up until this age are allo-suckled by any lioness. They have a longevity of about 14-20 years. 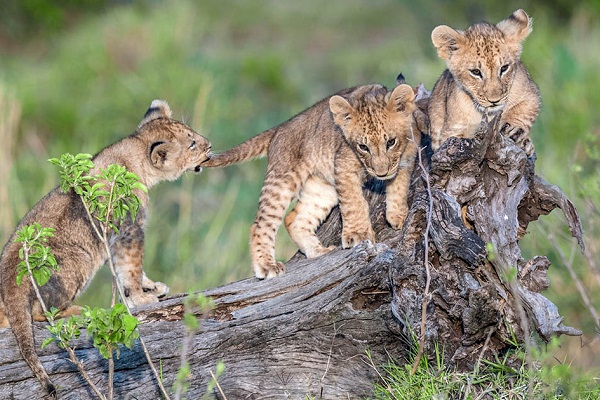 Lion cubs are born with blue eyes that change to amber or brown when around the age of two to three months. 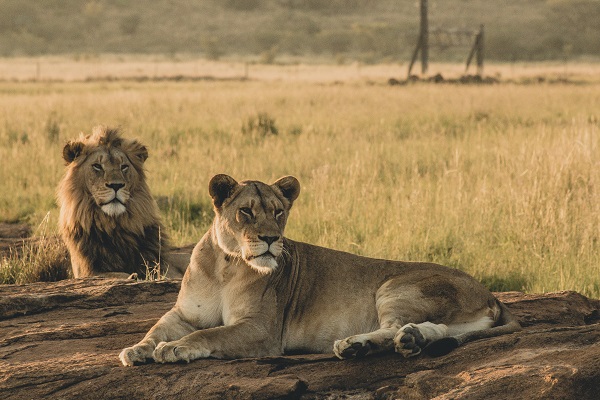 Lions have one of the most complex communication behaviours of any of the cats. They can make a variety of calls which include roars, grunts, moans, growls, snarls, meows, purrs, hums, puffs and woofs. Lions are the loudest of any big cat and can be heard up to 8km away! Lions roar for a number of reasons, from advertising territorial ownership and intimidating rivals, to locating other members of the pride and assisting in social cohesion. Another advantage to roaring is that female lions can recognise the roar of a male who belongs in their pride to that of an outsider – this helps the females keep a safe distance from outsiders who would most likely try to harm their cubs.