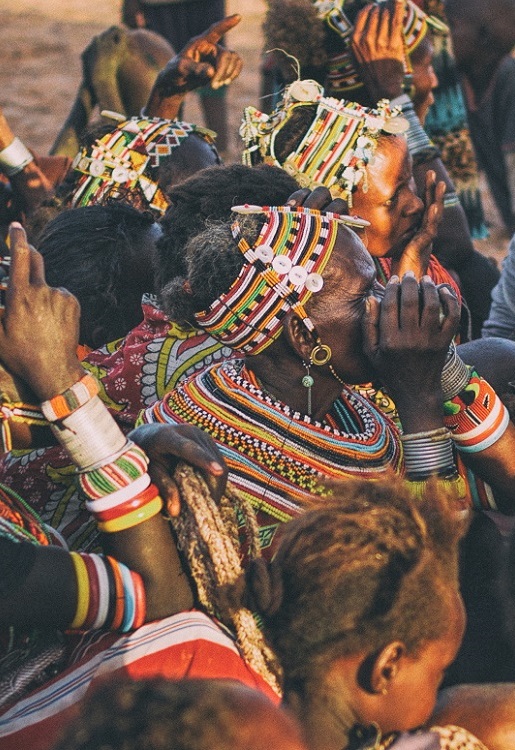 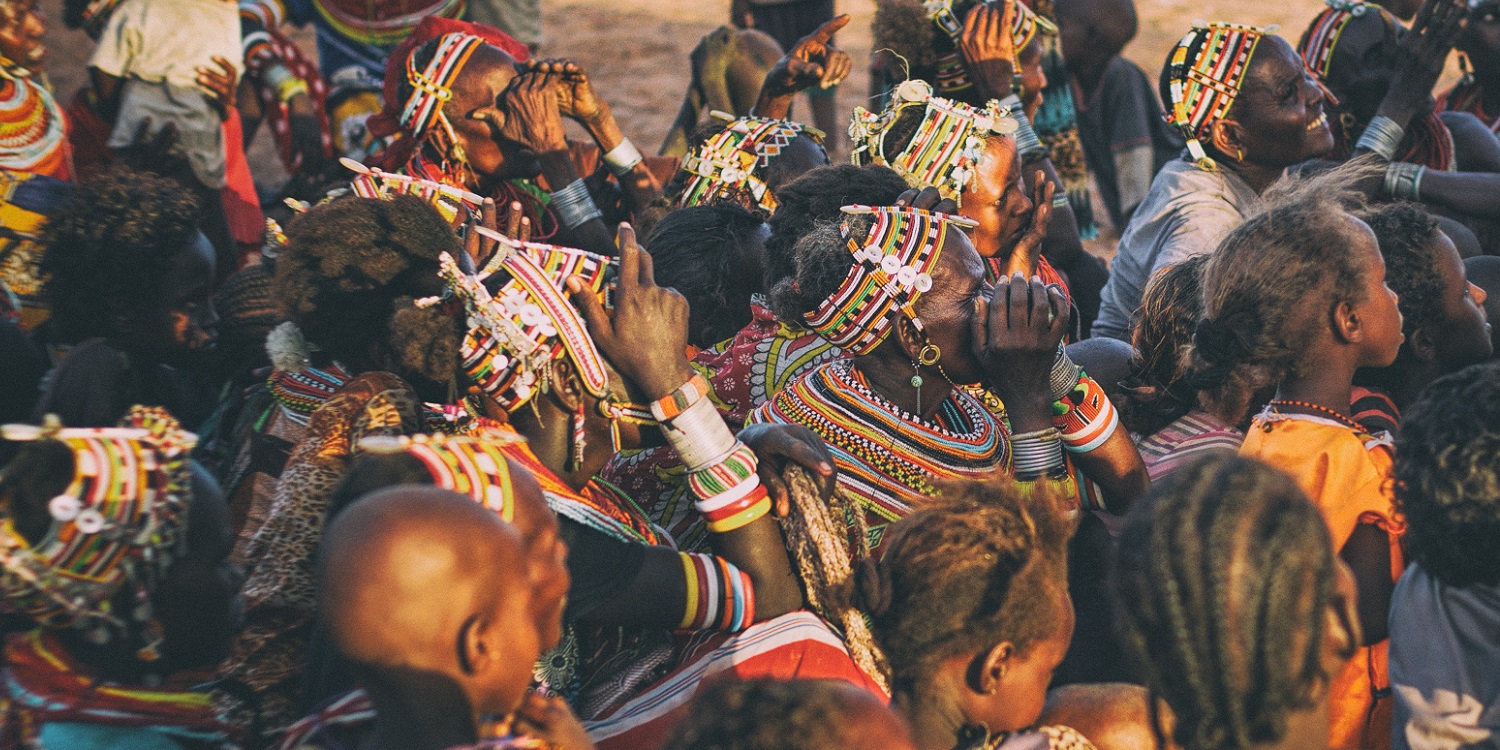 One of the famous tribes of Africa, the nomadic and pastoralist Maasai people are a Nilotic ethnic group inhabiting selected but large parts of northern, central and southern Kenya and across the border in northern Tanzania as well. The Maasai are in part the better known ethnic people in East Africa due to their traditional origins from areas surrounding Masai Mara Game Reserve and Amboseli near the Tanzania border. The Maasai speak a language known as Maa and their shared Nilotic origins link them in various ways to the Kalenjin tribe of Kenya which is famous for producing some of the best long distance runners in the world. The Maasai have plenty of unique characteristics about their culture and some of these have been listed below, including their dress, diet and way of life.

Maasai Shelter: The Maasai tribe, historically a nomadic people, have traditionally relied on readily available materials and indigenous technology to construct their unusual and interesting housing. The traditional Maasai house was designed for people on the move and thus their houses were very impermanent in nature. The houses are either circular or loaf-shaped, and are made by women. Their villages are enveloped in a circular Enkang (fence) built by the men and this protects their cattle at night from wild animals. 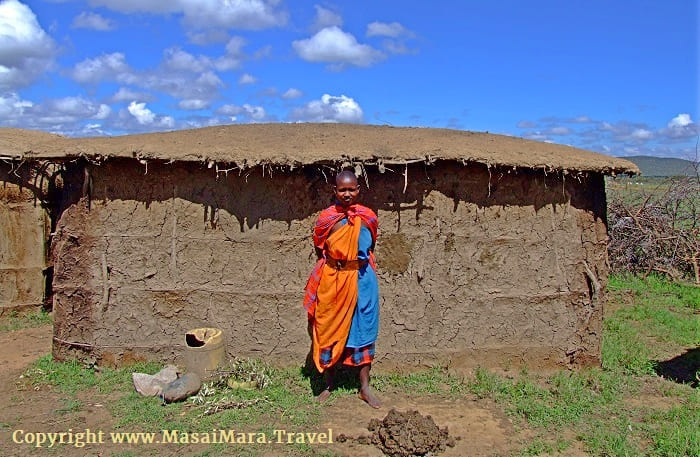 
Maasai Culture: Maasai society is firmly patriarchal in nature, with elder Maasai men sometimes joined by retired elders, determining most major matters for the Maasai tribes. For Maasai people living a traditional way of life, the end of life is virtually without a formal funeral ceremony, and the dead are left out in the fields for scavengers. Burial has in the past been reserved for great chiefs only, since it is believed by the Maasai that burial is harmful to the soil.

Traditional Maasai people's lifestyle concentrates on their cattle which make up the primary source of food. Amongst the Maasai the measure of a man's wealth is in terms of children and cattle. So the more the better. They believe that a man who has plenty of cattle but not many children is considered to be poor and vice versa. A Maasai myth says that God afforded them all the cattle on earth, resulting in the belief that rustling from other tribes is a matter of claiming what is rightfully theirs, a practice that has now become much less common. 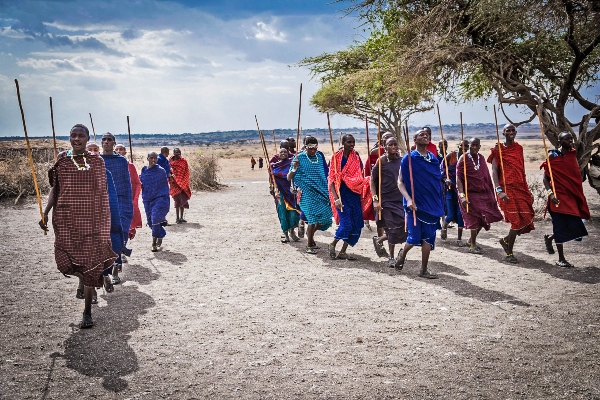 Maasai Religion: The Maasai people are monotheistic, and their God is named Engai or Enkai, a God who is mostly benevolent and who manifests himself in the form of different colors, according to the feelings he is experiencing. Said colors have precise meanings: black and dark blue mean that the God is well-disposed towards men; red, on the other hand, is identified with God’s irritation.

Enkai has two manifestations:
Enkai-Narok, the Black God, good and beloved, brings grass and prosperity. He is found in thunder and rain.
Enkai-na-Nyokie, the Red God, vengeful, brings famine and hunger. He is found in lightning and is identified with the dry season.
The importance of cattle to the Maasai can be traced back to their religion and to Enkai. Today most of the Maasai people are christians and very few are muslims.

Maasai Diet: The traditional Maasai diet consists of six basic foods: meat, blood, milk, fat, honey, and tree bark. They drink both fresh and curdled milk. The fresh milk is drunk from calabash and sometimes it's mixed with fresh cattle blood. The blood is obtained by nicking the jugular vein. Mixed blood and milk is mostly used as a ritual drink and as nourishment for the sick. Bulls, oxen and lambs are slaughtered for meat on special occasions and for ceremonies. The by-products of the animals – skin and hides are used as bedding while cow dung is used for building (it is smeared on the walls). The Maasai’s entire way of life truly revolves around their cattle. More recently, the Maasai people have supplemeted their diet with farm crops such as maize meal, rice, cabbage among other food crops.

Maasai Clothing: Clothing varies by sex, age and place. Young men wear black for several months after their circumcision. Although, red is a favored color among the Maasai. Black, Blue, checked and striped cloth are also worn, together with multi-coloured African garments. In the 1960s the Maasai began to replace sheepskin, calf hides and animal skin for more commercial material. The cloth used to wrap around the body is the called Shúkà in the Maa language.
The Maasai women regularly weave and bead jewellery, which plays an essential part in the ornamentation of their body. Ear piercing and the stretching of earlobes are also part of Maasai beauty, and both men and women wear metal hoops on their stretched earlobes. 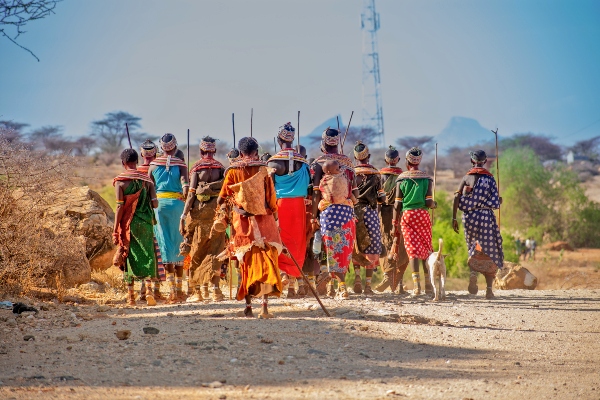 Maasai Hair: The maasai people, both women and men mostly shave their head to celebrate rites of passage such as circumcision and marriage. This represents the fresh start that will be made as one passes from one to another of life's chapters. It's only the Maasai warriors who are allowed to wear long hair, which they weave in thinly braided strands.
The maasai children are named upon reaching the age of 3 "moons" and their heads are shaved clean apart apart from a tuft of hair, which resembles a cockade, from the nape of the neck to the forehead. The young boys are also shaved two days before they are circumcised. The young warriors then allow their hair to grow, and spend a great deal of time styling the hair.

Maasai Music and Dance: The Maasai people don't use instruments when they are singing or dancing. All of their music is vocal, except for the large horns used for certain songs. Their music comprises of rhythms rendered by a chorus of vocalists singing harmonies, all the while the olaranyani (song leader) sings the melody. The olaranyani is usually the person who can best sing that song. When olaranyani starts singing a line or title (namba) of a song, the group responds with one unanimous call in acknowledgment. The beads that both the men and women wear also create a jingling sound themselves while the Masai jump and dance. Women recite lullabies, hum songs and sing music that praises their sons.
The peak season for singing and dancing is during the rains, which is of course a favourable time to celebrate important passages of life such as circumcision and marriage. This mostly occur around the manyattas, and involve flirting.