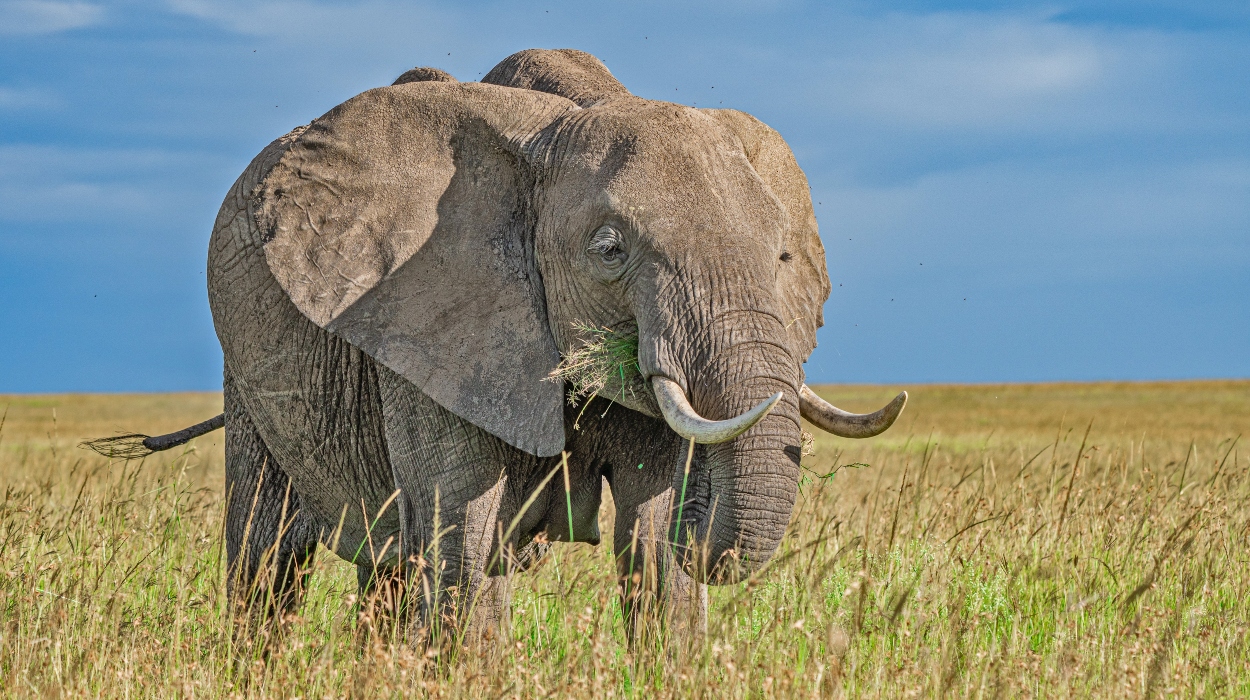 African elephants are fascinatingly intelligent and socially complex animals, and one of Africa’s most iconic species. They are the largest land animals on Earth. The biggest can be up to 7.5m long, 3.3m high at the shoulder, and 6 tonnes in weight. In Kenya, you can spot these magnificent creatures while on a wildlife safari in Masai Mara Game Reserve See Masai Mara Safari Packages or by visiting some of Kenya's National Parks and Reserves.

African Elephants are matriarchal, meaning they live in female-led groups. The matriarch is usually the biggest and oldest. She presides over a multi-generational herd that includes other females, called cows, and their young. Adult males, called bulls, usually live alone but sometimes form small groups with other males. In the savannah subspecies, each family unit usually contains about 10 individuals, although several family units may join together to form a 'clan' consisting of up to 70 members led by a female. Forest elephants live in smaller family units. Elephants eat roots, grasses, fruit, and bark, and they eat a lot of these things. An adult elephant can consume up to 300 pounds of food in a single day. 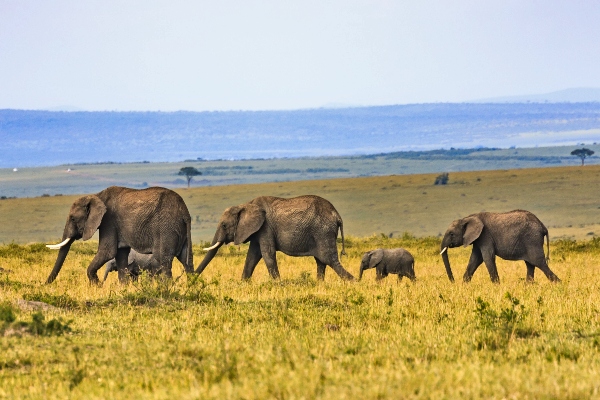 An elephants gestation (conception to birth) is 23 months. Young elephants wean after 6 to 18 months, although they may continue nursing for over 6 years. Male elephants leave their natal group at puberty and tend to form much more fluid alliances with other males. Females are mostly fertile between 25 and 45, whereas, males need to reach 20 years of age in order to successfully compete for mating. Elephants live up to around 70 years. 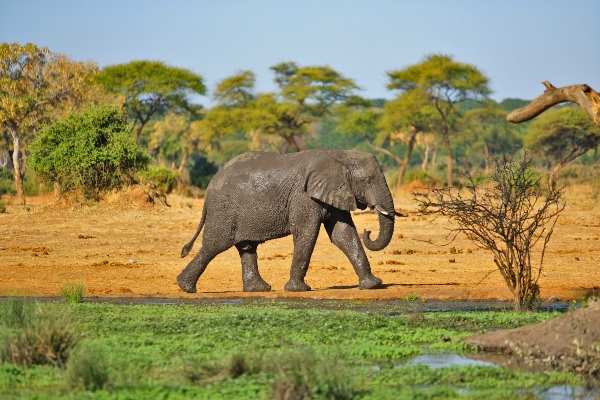 An elephants trunk is the most versatile of all mammalian creations being used as a nose, arm, hand and multipurpose tool. It is powerful enough to kill a lion with a single swipe, yet the finger-like lobes at the end are adept enough to pluck a feather from the ground. The trunk is boneless and is composed of an estimated 40 000 muscles. 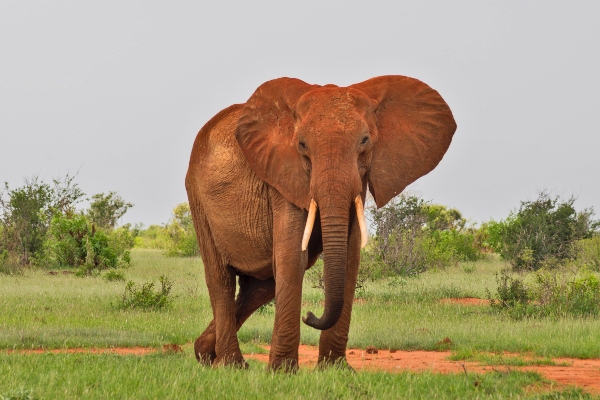 Most of the communication between elephants occurs at an infra sound level. It is estimated that an area of 50 square kilometres is filled with particular elephant ‘call’ in infra sound. This might increase to about 300 square kilometres at dusk due to lower temperatures. Elephants cannot jump, but they love water and are excelent swimmers.
An elephants ears are covered in veins, which form distinct and unique patterns which can be used to identify individuals – much like human fingerprints. Their ears are also packed with blood vessels and when flapped, they quickly lower the animals body temperature.