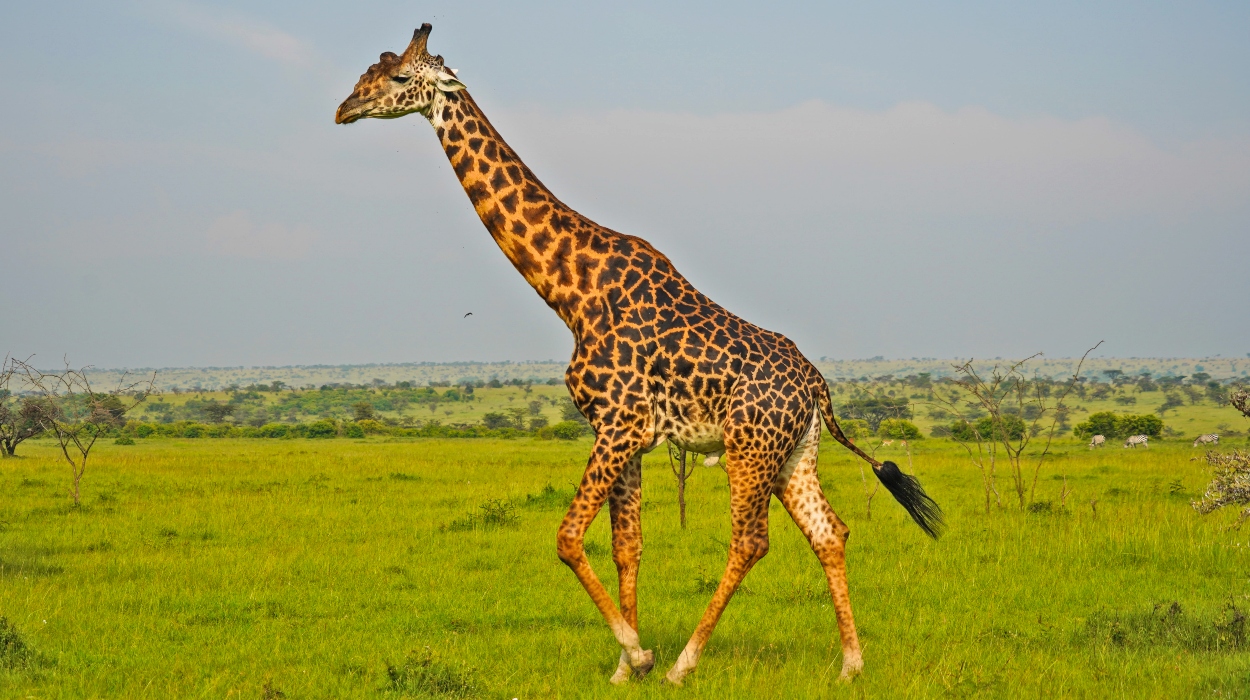 The Masai Giraffes also known as the Kilimanjaro Giraffes are the tallest living terrestrial animals and actually quite a sight, extremely picturesque and known for their graceful movements even when running at their fastest speed of 50 to 60 km per hour. Masai giraffes can be distinguished from Reticulated Giraffes because they have jagged spots on their bodies instead of polygonal liver-coloured spots. In Kenya, you can spot these magnificent creatures while on a wildlife safari in Masai Mara Game Reserve See Masai Mara Safari Packages or by visiting some of Kenya's National Parks and Reserves. It is estimated that there are close to 33,000 Maasai giraffe are alive in the wild in Kenya.

Masai giraffes are diurnal and live in small groups. They feed 16 – 20 hours each day and their preferred feeding is to browse on various Acacia species, using their long lips and tongues to reach between the thorns to extract the leaves. They have a four- chambered stomach and can chew their own cud. If fresh vegetation is available in large quantities they can go without water for weeks, extracting it from their food. Male Masai giraffes eat from the top branches, the females from the bottom branches. Lions, hyena and poachers are their main enemies. Their only defence is their speed and their powerful kick that can render a lion unconscious and in some cases even decapitate it. 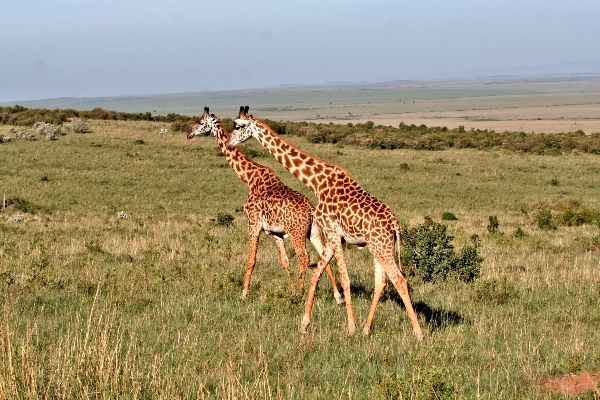 There is no seasonal breeding season for the giraffe. A Masai Giraffe can breed at the age of 4 years. About 50 to 75% of the calves die in their first few months due to predators. A single calf is born after a 14 – 15 month gestation period. The calf is 6 feet tall when born and grows rapidly. During the first month of its life it stays with its mother. After this period it will join a group of calves and will be looked after by a ‘babysitter’ cow. The calf will remain in this nursery for one year. Masai Giraffes have a life span of 25 – 30 years. 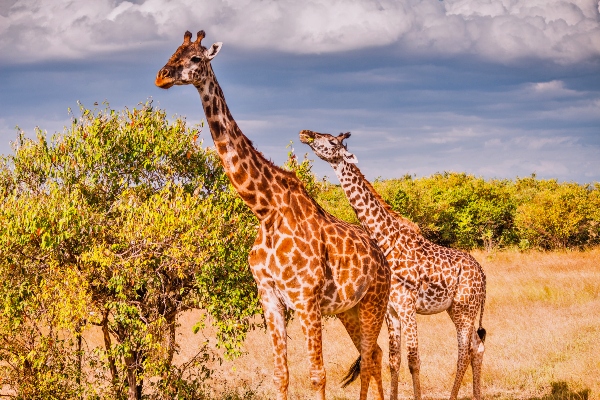 Masai giraffes are considered endangered by the IUCN, and the Masai giraffe population has declined with 52% in recent decades due to poaching and habitat loss.

A female Masai giraffe has thick head hair, while the male Masai giraffe is bald on top. Both Male and female Masai giraffe have skin-covered horns called ossicones. Their coat is covered in irregular star-shaped patches and is buff-coloured below the knee. As with all giraffes, the spots on the coat act like human fingerprints, no two patterns are the same and they can be used to identify an individual. The male Masai Giraffe grows to a height of 19 feet (5.5 metres) and weigh 2475 – 4275 pounds (1100 – 1900 kilograms) , while the females grows to 16 feet (4.8 metres) and weigh 1575 – 2700 pounds (700 – 1200 kilograms). Masai Giraffes tongues are 18 inches in length and their lips are long and prehensile. Masai giraffes can run to speeds of 35 miles per hour.