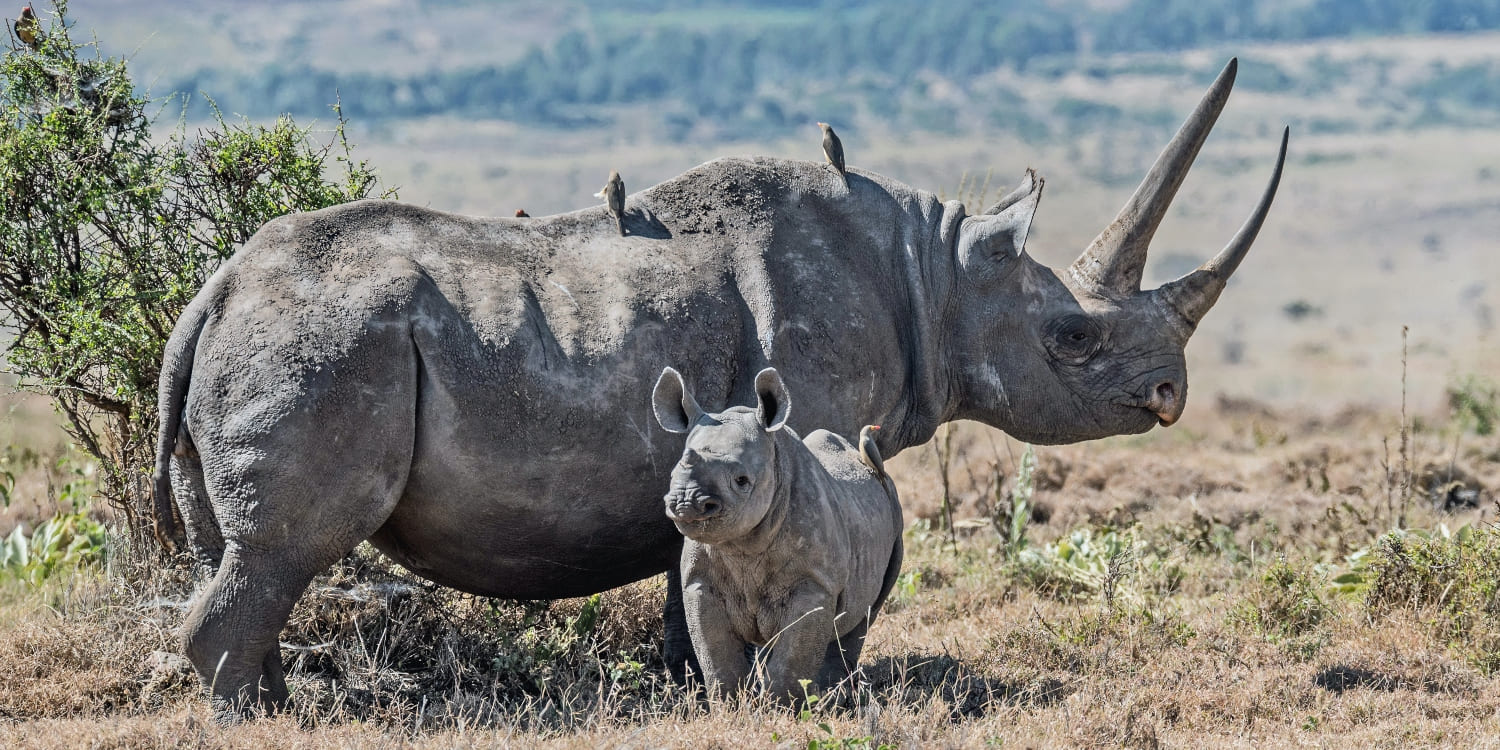 Rhinocerous commonly abbreviated to rhino, is one of any five extant species of odd-toed ungulates in the family Rhinocerotidae, as well as any of the numerous extinct species. Out of the two ( black and white rhinos ) black rhinos are the only species found in Masai Mara, they are slightly smaller but more aggresive species compared to White Rhino which is more commonly found at Lake Nakuru. In Kenya, you can spot these magnificent creatures while on a wildlife safari in Masai Mara Game Reserve See Masai Mara Safari Packages or by visiting some of Kenya's National Parks and Reserves. There are between 35-50 black rhino in the Masai Mara at any one time (many traverse into the Serengeti as well).

The black rhino is usually solitary, with the only strong bond between a mother and her calf. Rhinos live in home ranges that can sometimes overlap with each other, and their feeding grounds, wallows, and water holes may be shared. The black rhino is a browser. Its triangular-shaped upper lip, which ends in a grasping point, is used to eat a large variety of vegetation—including leaves; buds; and shoots of plants, bushes, and trees. 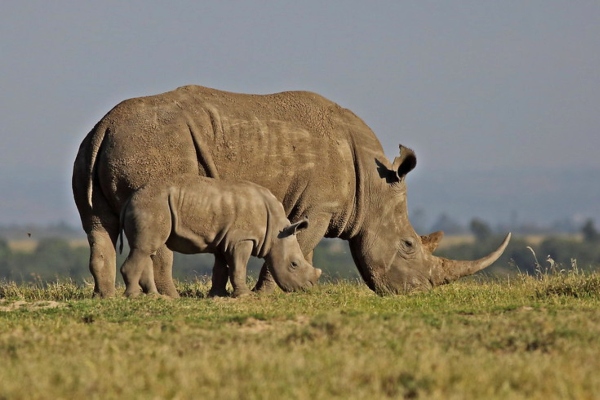 Gestation lasts approximately 15 – 16 months, and females reproduce only every two and a half to five years. Their single calf does not live on its own until it is about three years old. Black rhinos can live to be 35 – 40 years in the wild. 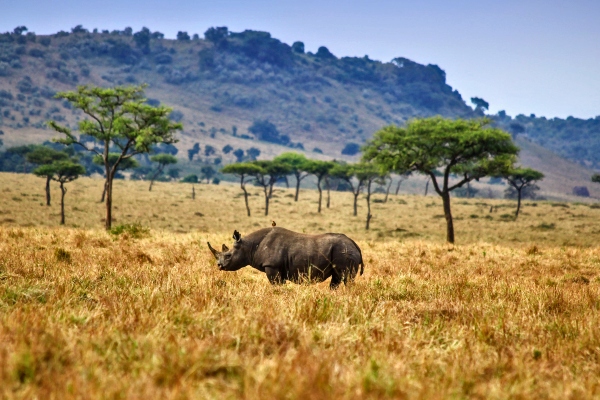 Rhinos have poor eyesight, which may explain why they will sometimes charge for no reason. However, their sense of smell and hearing are very good. 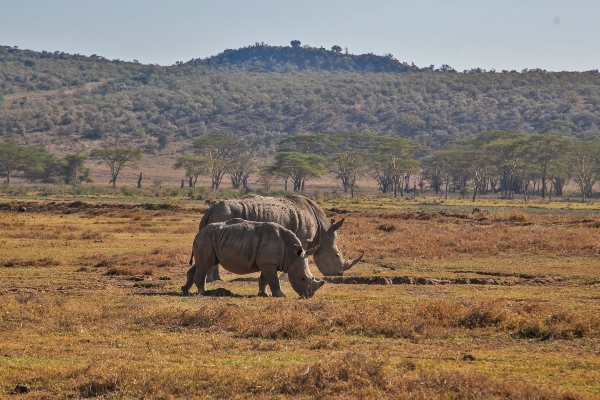