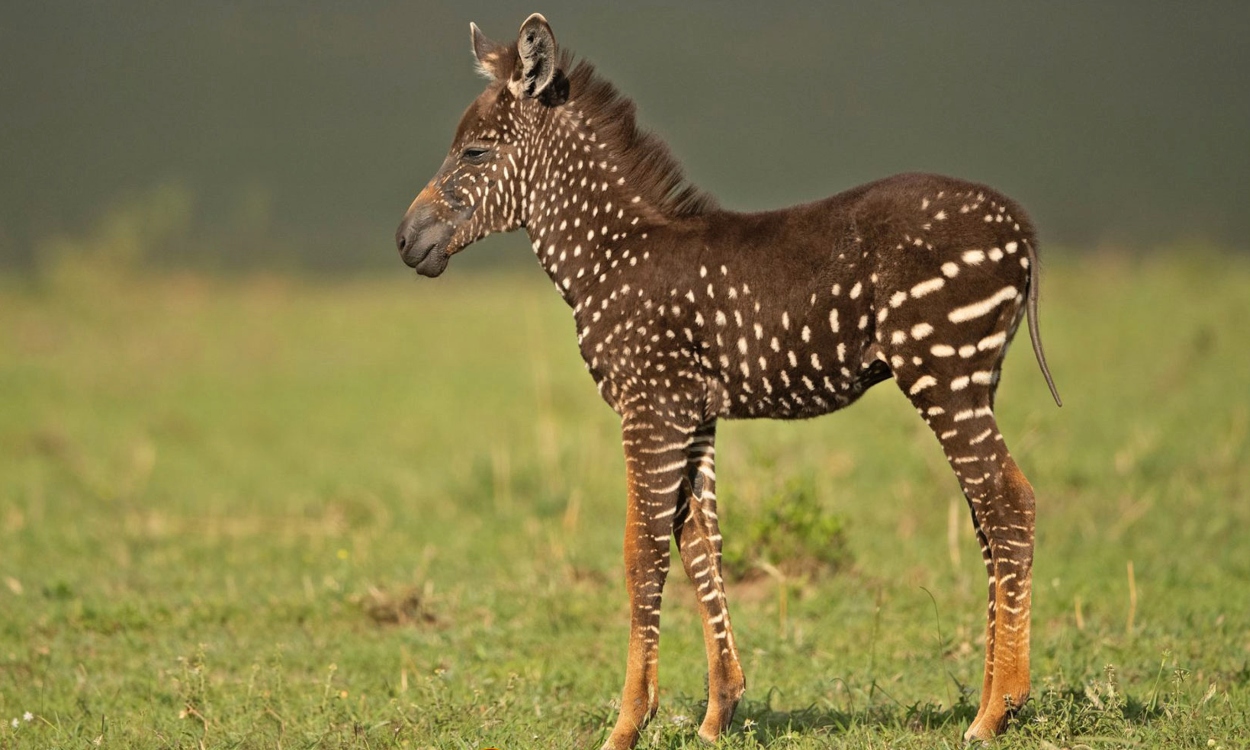 A rare and unique Polka dot Zebra was spotted in the Masai Mara in September 2019, which has caused quite a stir globally - a melanistic zebra foal. It is unusual for these to survive for long as their distinctive coloration makes them stand out from the herd and they are a target for lions. A Maasai guide discovered a one of a kind genetically mutated baby zebra in the Maasai Mara and named it after his surname - Tira. Tira has patterns that appear as polka dots!
Zebra stripes are as unique as fingerprints, but Tira’s odd coloration could be the first recorded observation in the Masai Mara. Tira has a rather amazing dark colour due to a genetic abnormality linked to the amount of melanin, affecting the pigmentation of the fur. While still resembling a zebra, the foal has a short, hairless tail unlike a normal zebra’s brush-like tail. Most unusually though, the animal’s colouring is brown, with white dotted markings. There’s not a stripe in sight! 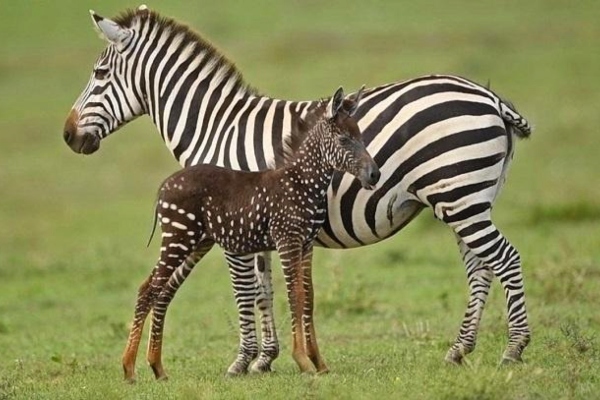 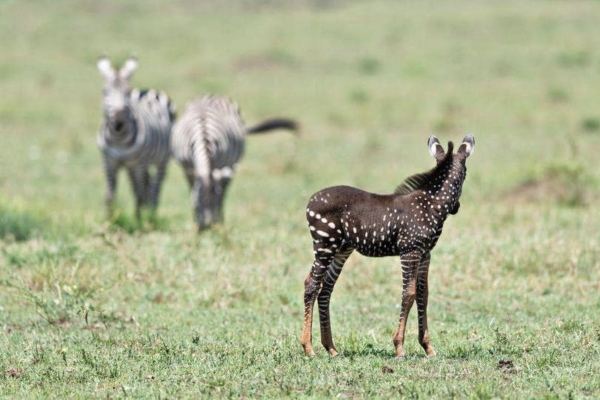